I have a NuForce Dia that I picked up while we were in France, to drive some bookshelf-sized speakers in the apartment there.  It's a nice, small (ok, tiny), amplifier.  Class-D, 24Wx2 into 4 ohms.  It's not much bigger than the Apple TV that was feeding it. 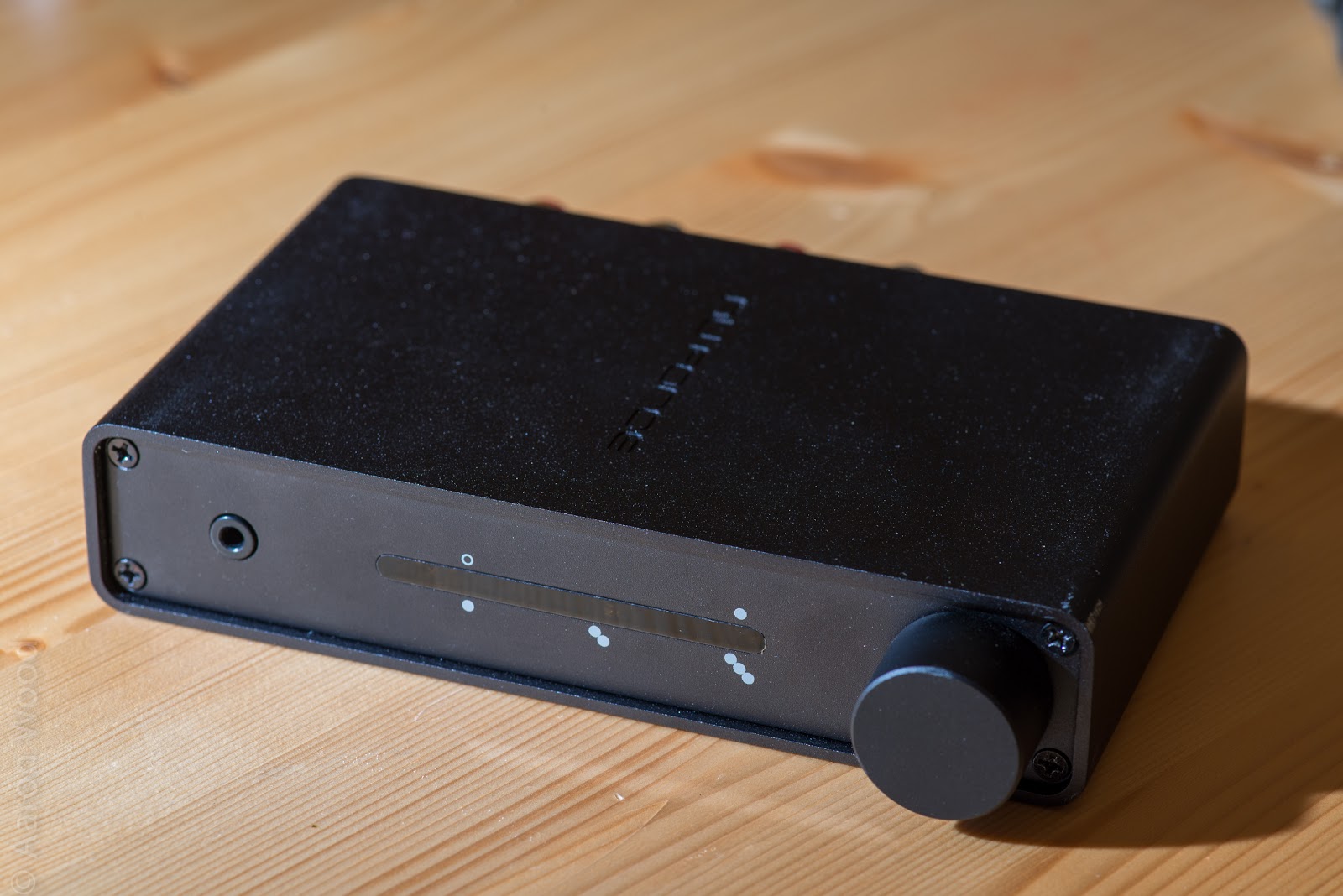 It sounds great, and easily fills smaller spaces (and not so small spaces), but it's not going to ever be punchy. 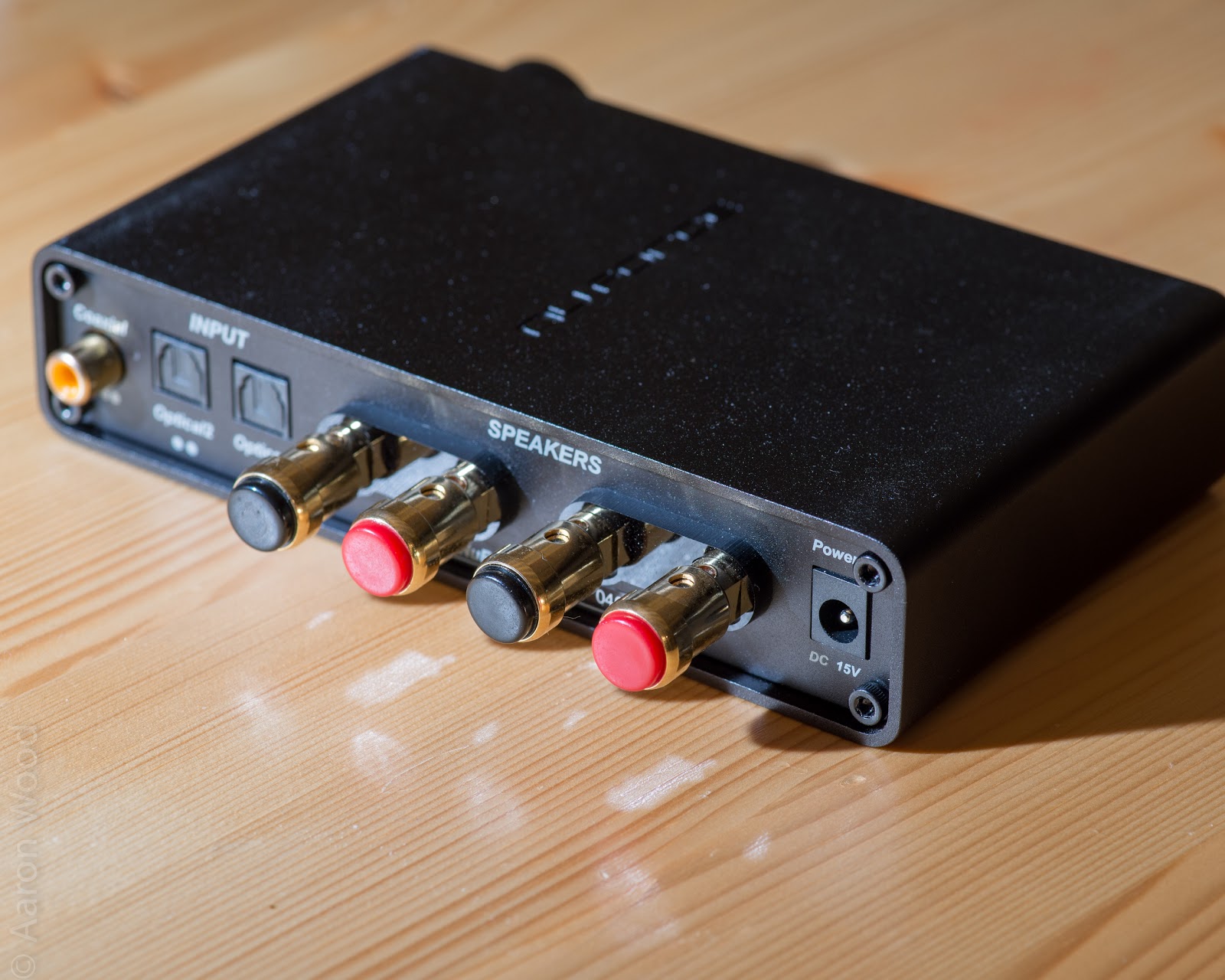 As spring-clips go, they're pretty good, but it's not a style of interconnect that I really care much for.  Especially when the very nice speaker cables that I have already have banana plugs crimped/soldered onto them.

So, I ordered some new posts from Parts Express, and then went to work.

4 screws front and back, and a thin nut under the volume knob holds everything together.  Then the board slides right out. 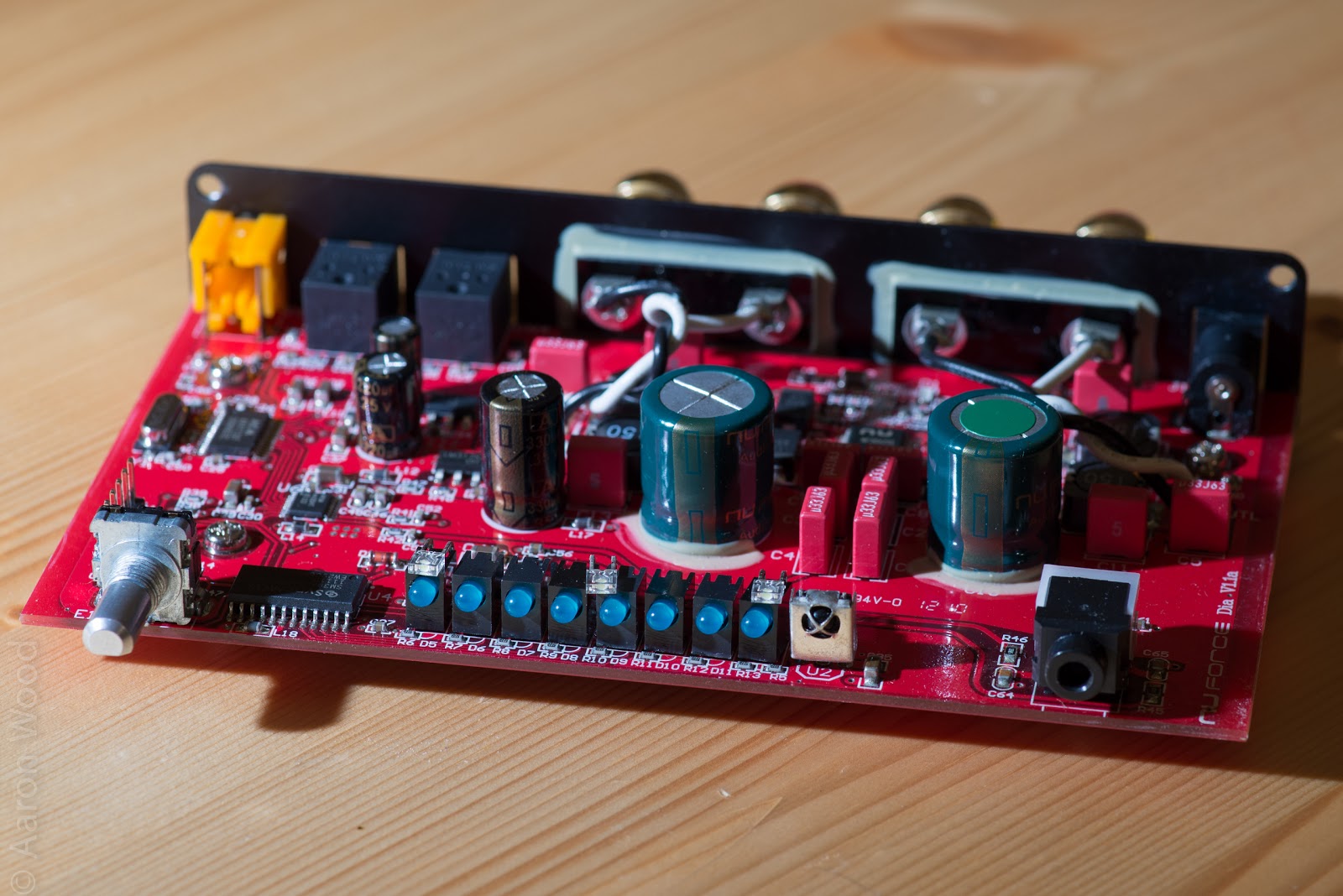 It looks like NuForce has some rather custom components inside.

Anyway, the big question is how the binding posts are held in: 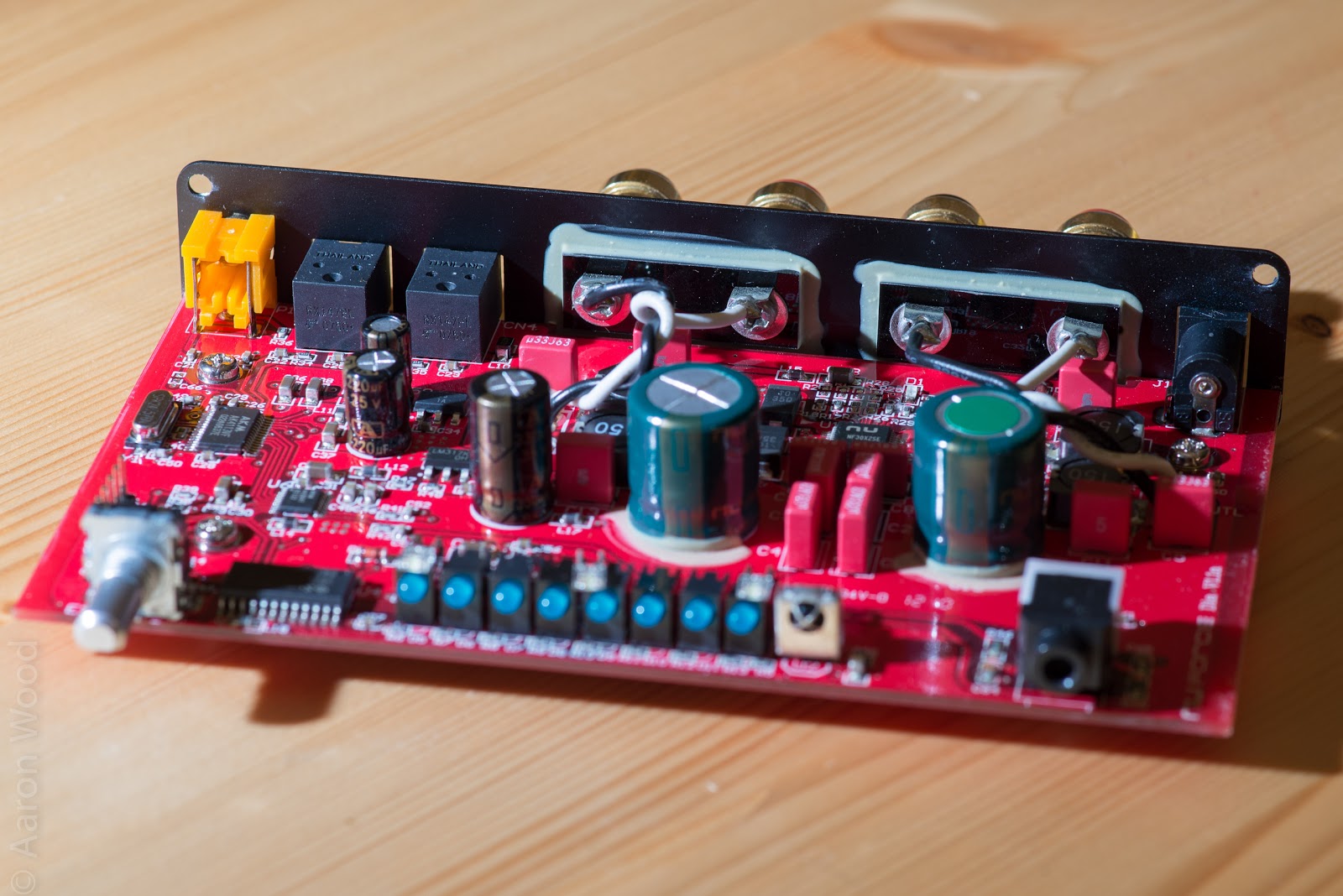 Which are just screws.  But access is blocked by the components on the board, so 4 more screws to remove the PCB from the metal tray, and then we can unscrew the wires from the binding posts. 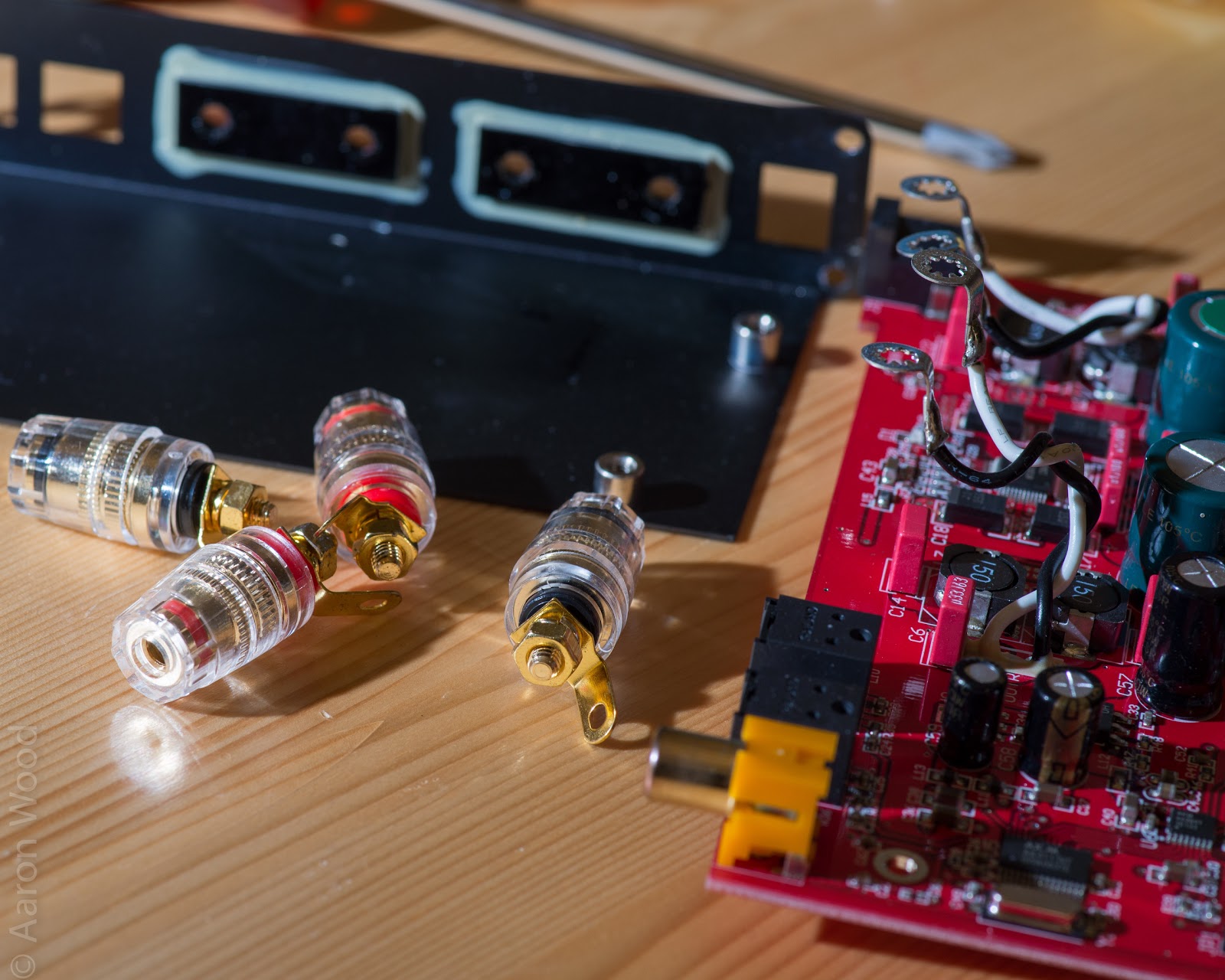 The new binding posts had tabs, which weren't necessary as the ring terminals on the leads from the PCB just fit. 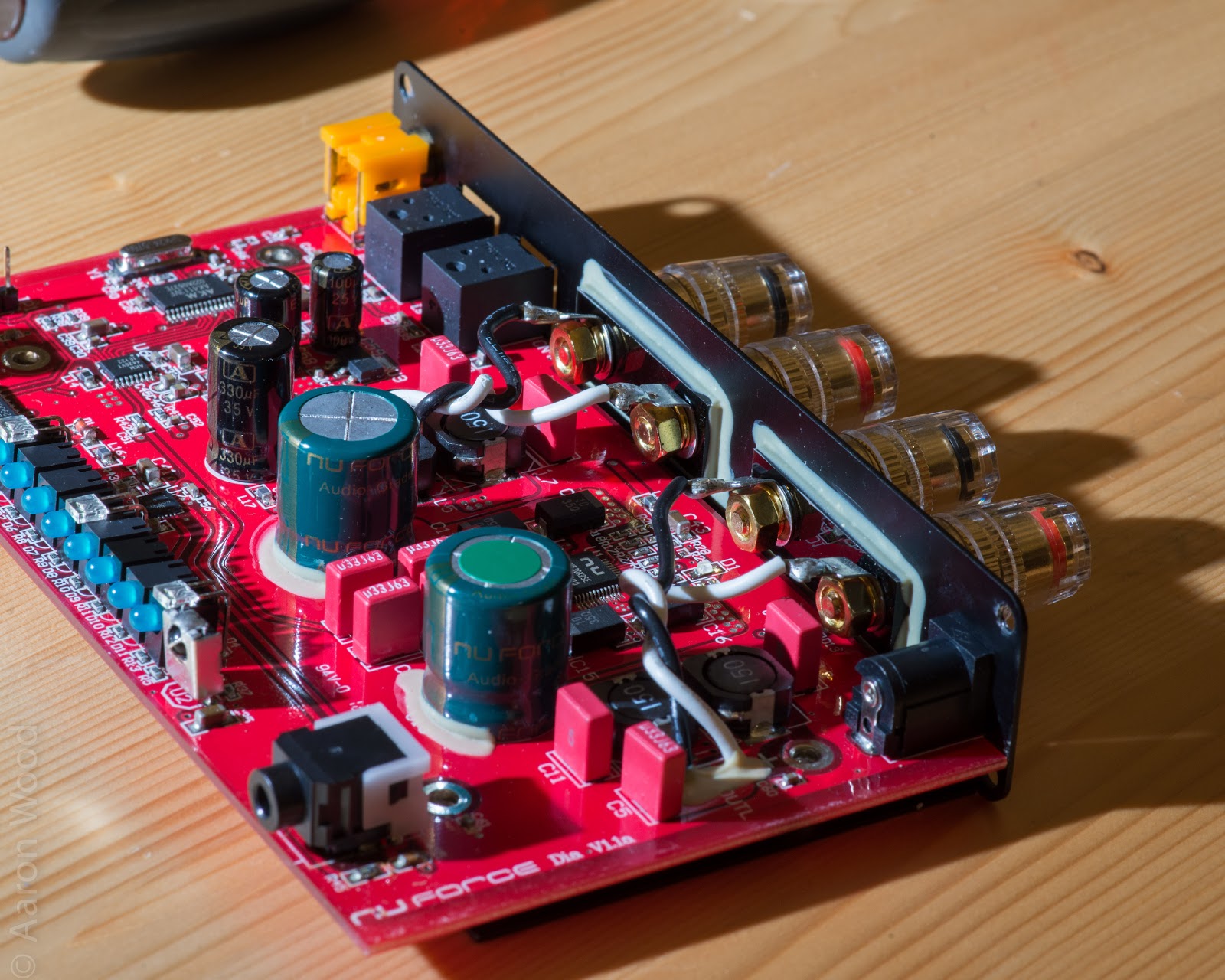 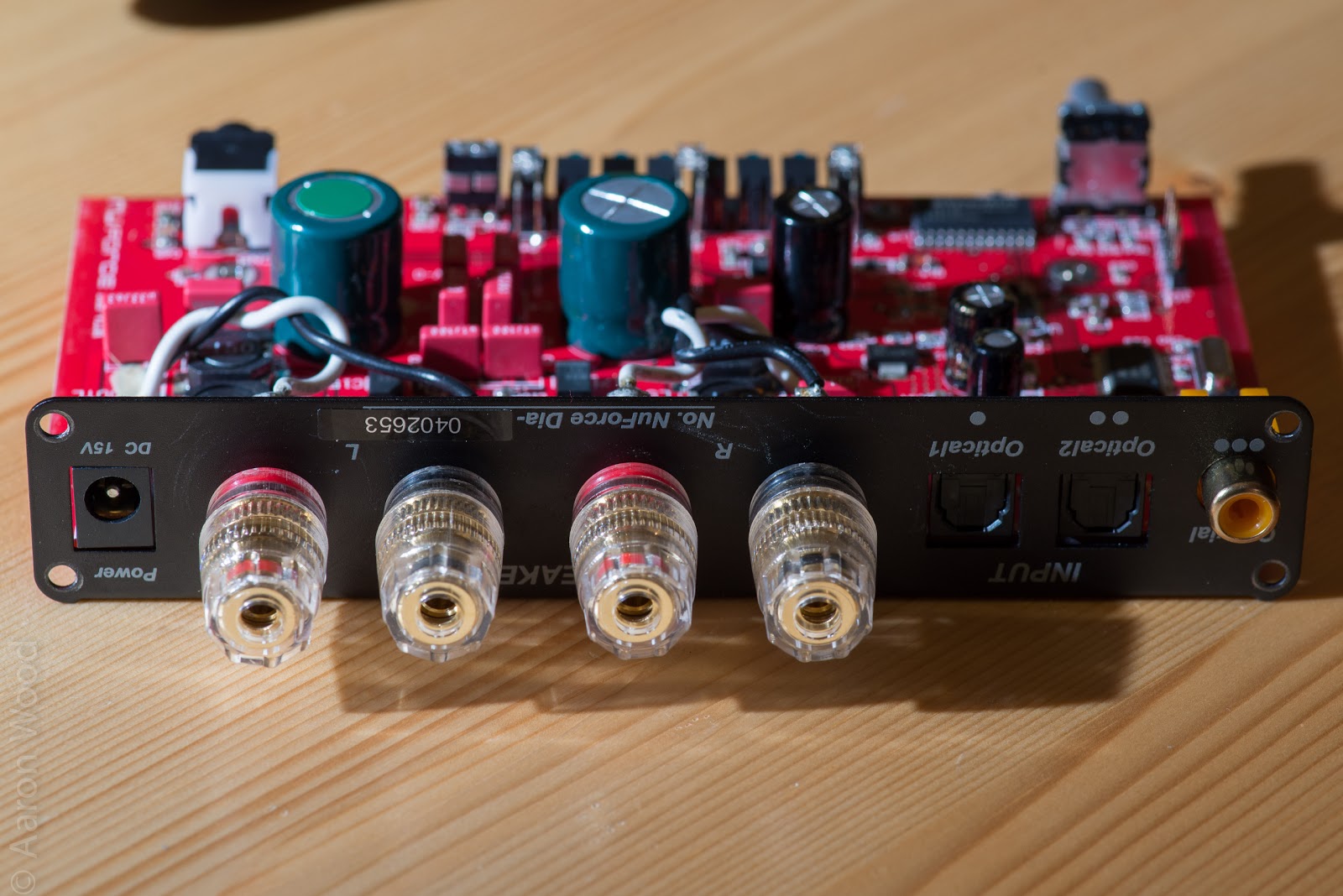 And then it goes back together the reverse of how it came apart. 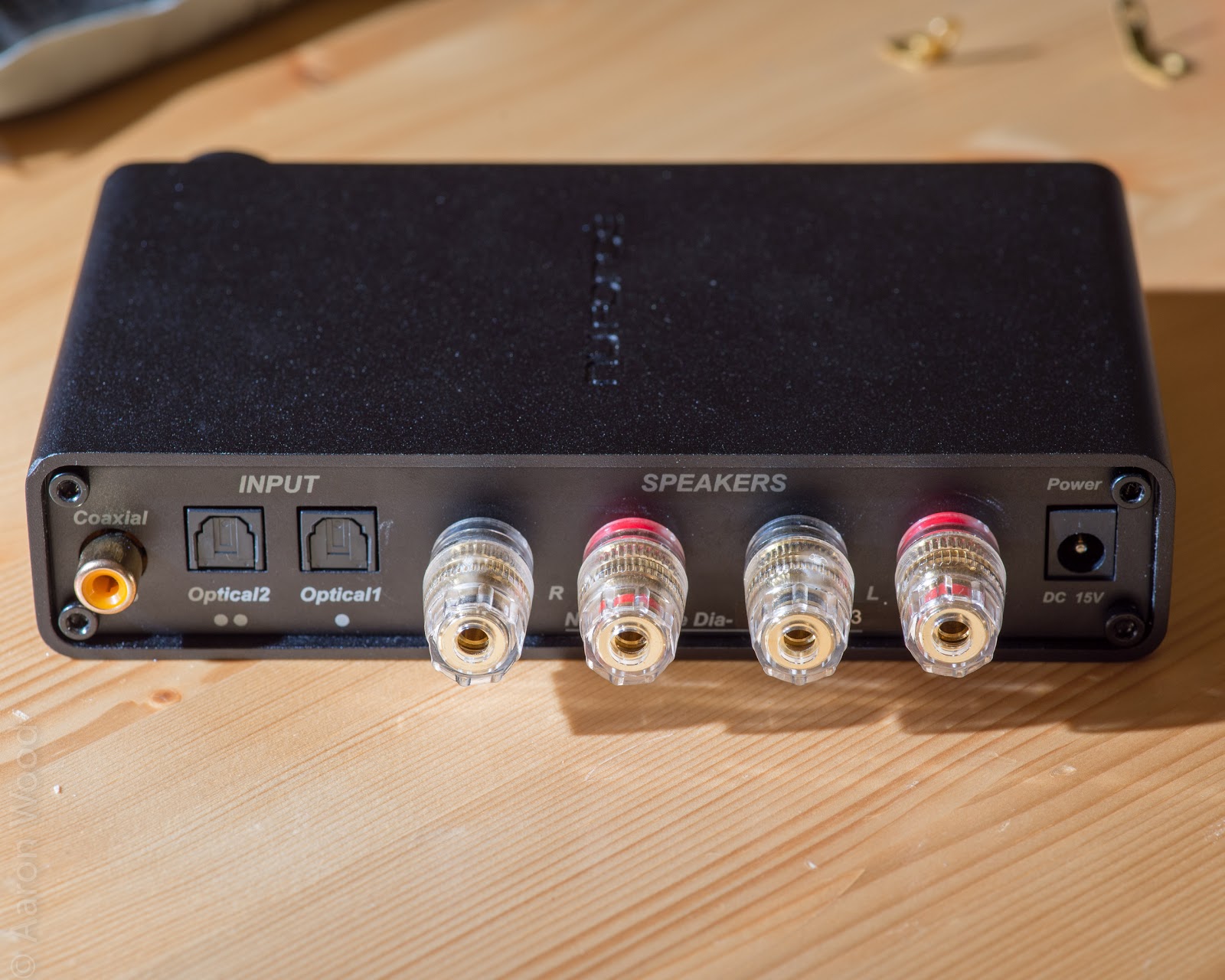 Total time?   Less than 30 minutes, including the time to stop and take photos as I went.
<30 and="" including="" minutes="" p="" photos.="" stop="" take="" taking="" time="" to="">
And it sounds pretty fantastic with the Maggies.  The Magnepan MMGs are maybe a bit bright, and this amp really provides a lot of detail for them to resolve.  Overall, I'd say they're a good match.  But more listening is required (more listening is always required).
Posted by Aaron Wood at 9:43 PM