Yes, I'm doing bufferbloat experiments on a beach vacation.  The rest of the family is napping after time at the beach, and the light isn't good enough yet for photography, so I might as well.

I've setup a new test in netperf wrapper that's a bit gentler, specifically for low-bandwidth DSL setups (like I've had for the last year).  Instead of the 4 streams up, down, and 4 UDP streams with ICMP, it's just 2 in each direction (dropping CS5 and EF streams from TCP, and BK and BE from UDP).

In the 2-stream test (rrul_lowbw), the EF UDP shows a clear front-of-the-queue advantage over ICMP, which was surprising to see. 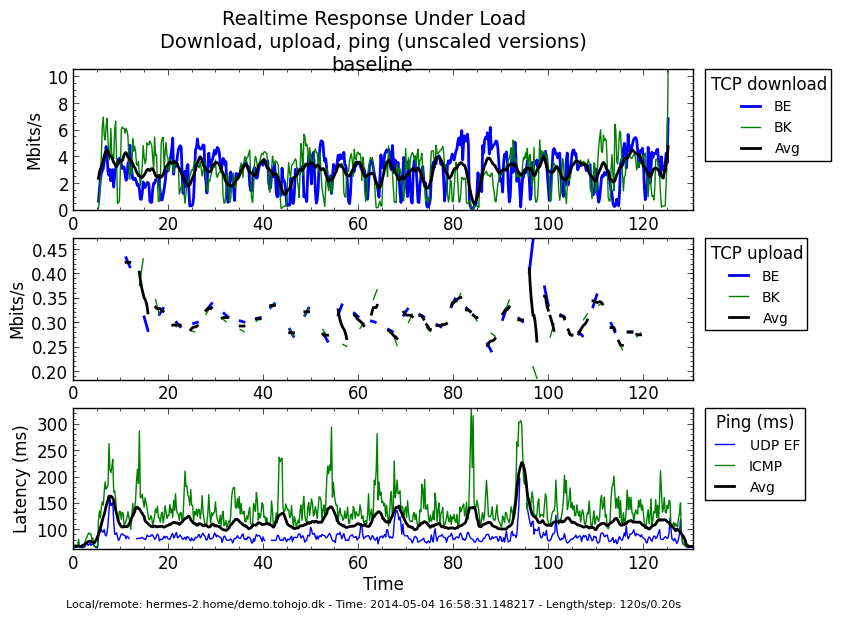 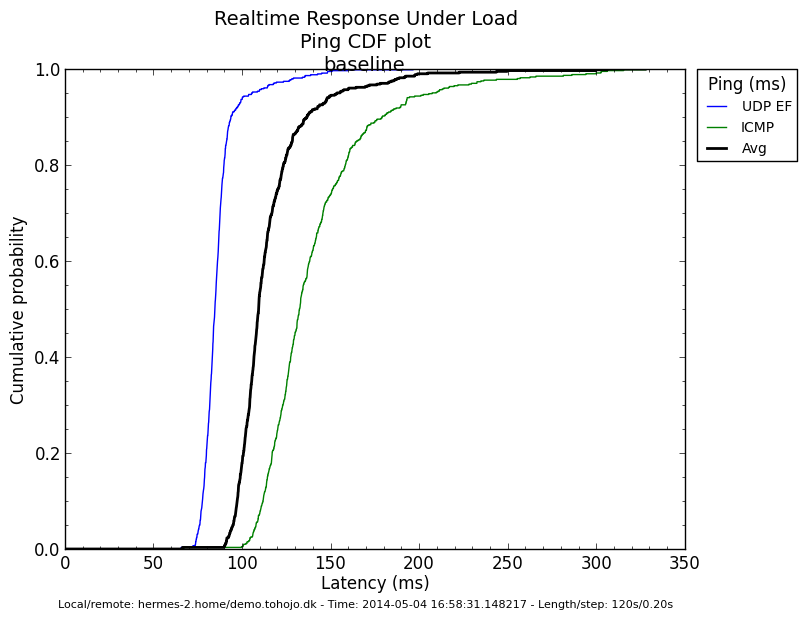 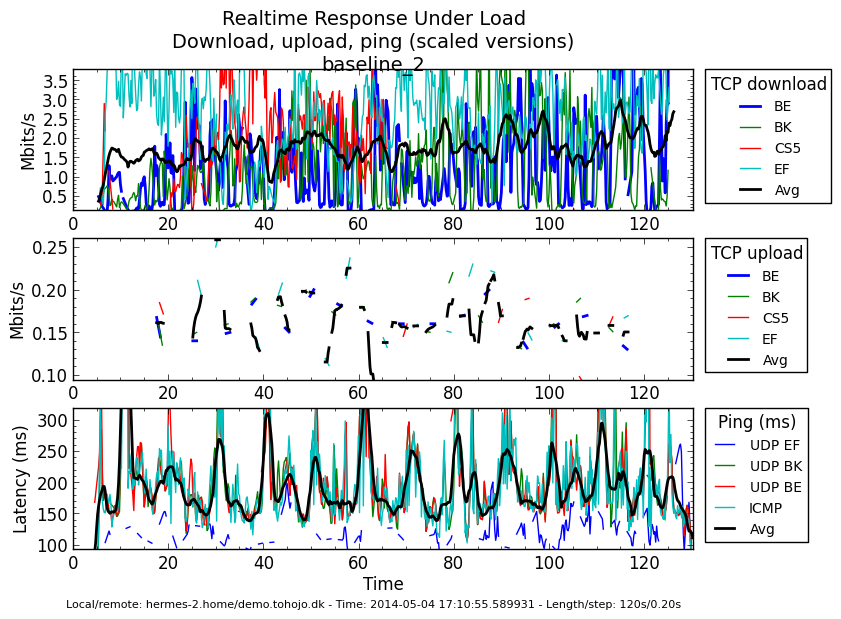 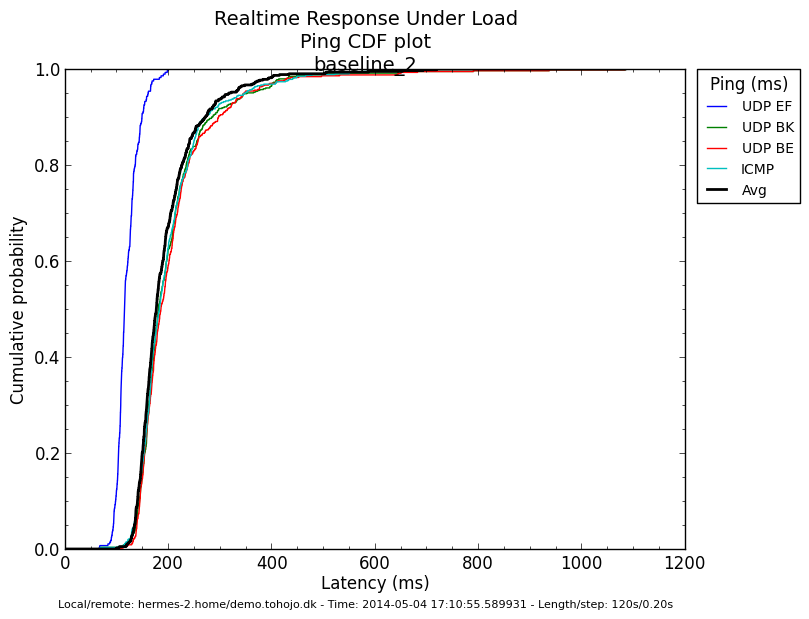 But, interestingly, the EF-marked UDP packets were clearly getting some sort of priority treatment.

Qualitative thoughts.  It's bursty/chunky.  Throughput isn't bad, when it gets around to it, but it likes to stall and then burp back a lot of data.  When it's not stalled out, it feels pretty fast, but then everything halts for a few seconds, and then runs again.

I dug my WNDR3800 running CeroWRT out of my luggage (long story), and set it up behind the Livebox from Orange.  I tuned it for 12000 down and 1000 up, and got the following results with 2 streams and with 4: 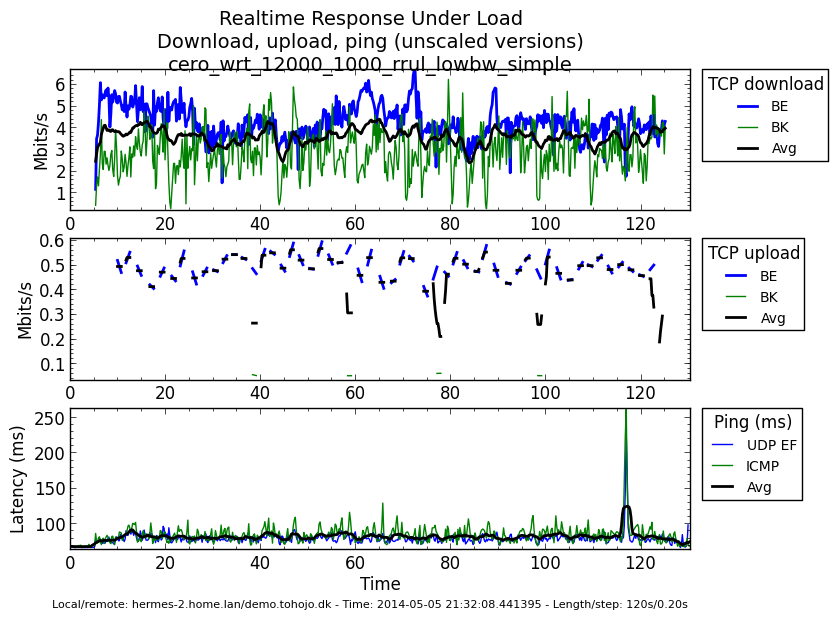 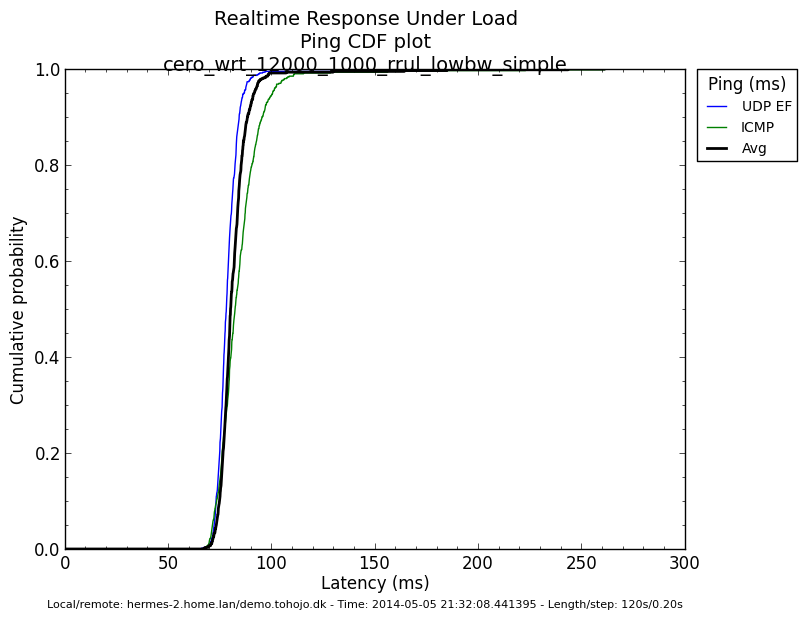 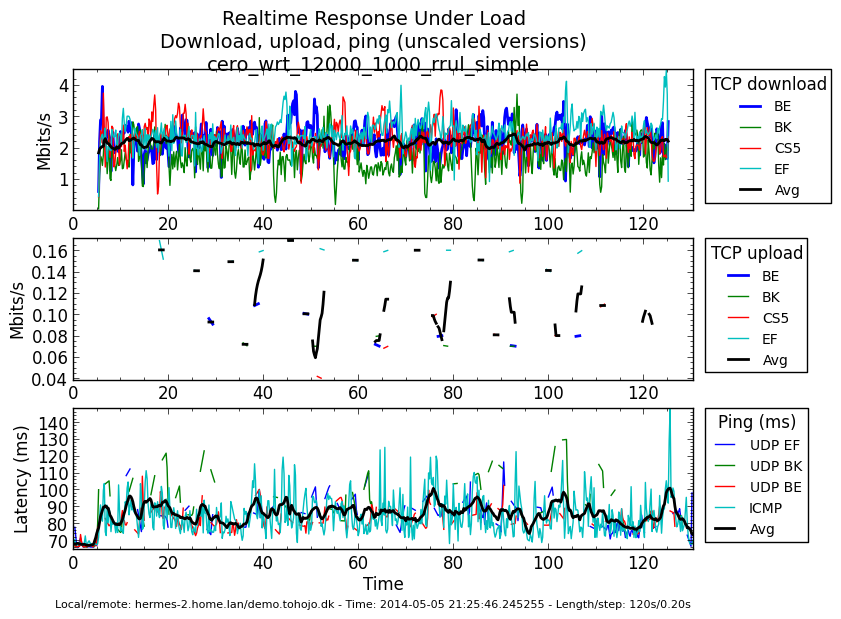 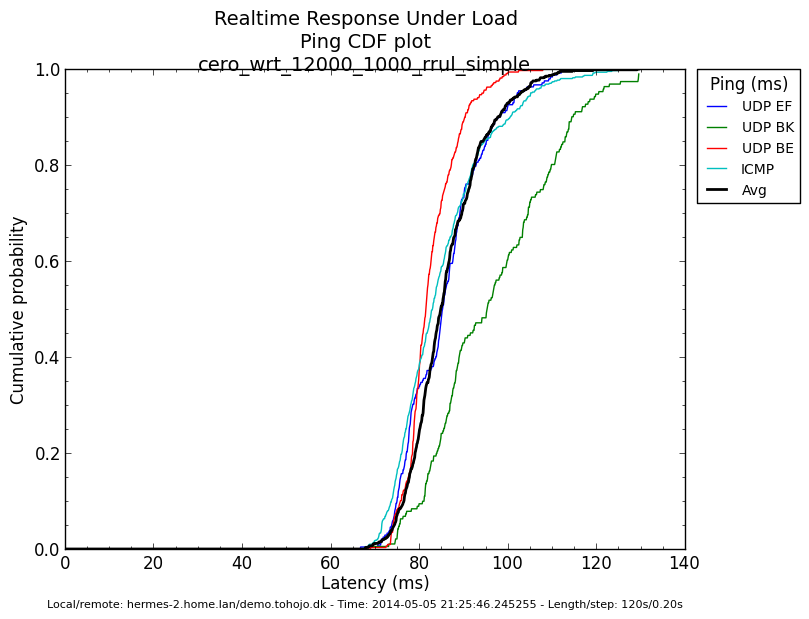 Latency is far, far better.  And the TCP streams seem to be smoother.  It feels a bit snappier, and no slower, even though it's testing out at about 10% slower than when going direct to the Livebox.

Interestingly, while this is distinctly slower than the Free.fr service I had in Paris, this feels subjectively faster.  Google servers are about the same distance away (40ms), but it's much snappier, and uploads in particular are performing better, even though they're testing worse...  When loaded, the DSL upload really doesn't handle multitasking very well.

Also, this is the first time I've actually seen the diffserv classes make a difference, and a clear difference at that.  I'm not sure why I wasn't seeing this with Free.fr, but here with the Orange Livebox, it's clearly working.

Possibly, as I'm only here for a week, I didn't care about maximizing throughput, and I'm imposing a larger bottleneck than I was with Free.fr?