One of the other algorithms for dealing with bufferbloat is PIE.  This is Cisco's answer to the problem, and the one standardized on by Cablelabs for inclusion in DOCSIS 3.1.  While it's an improvement over the big buffers and a FIFO queue that exists now, I don't think it compares to what fq_codel can do. 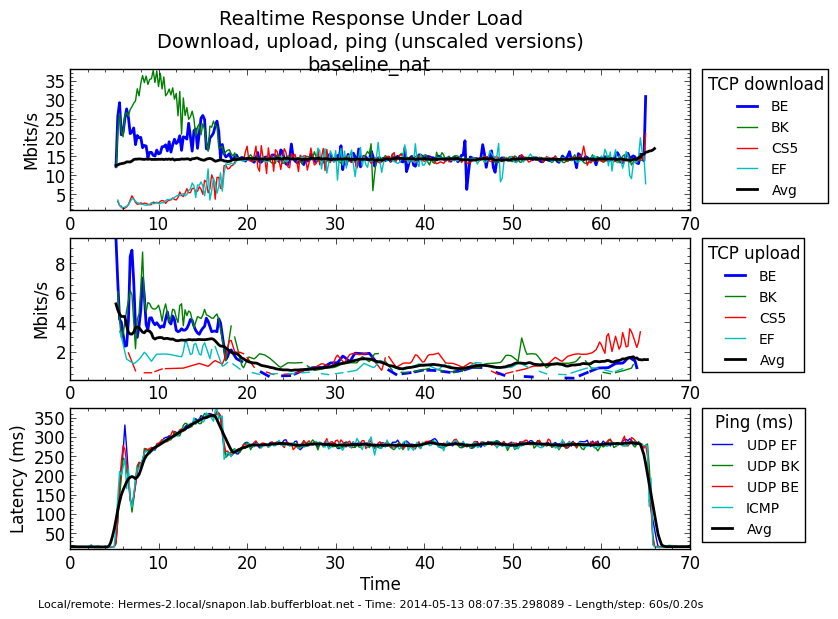 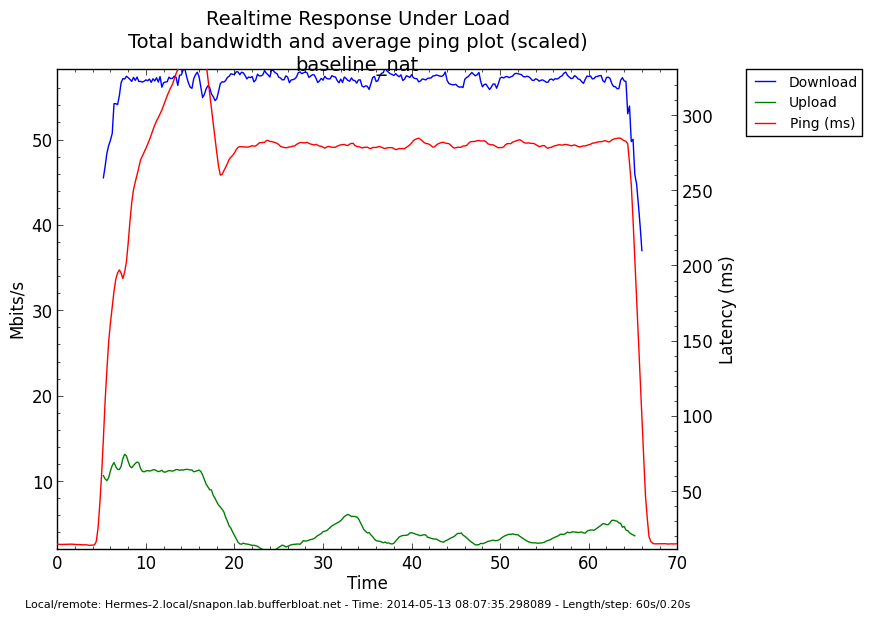 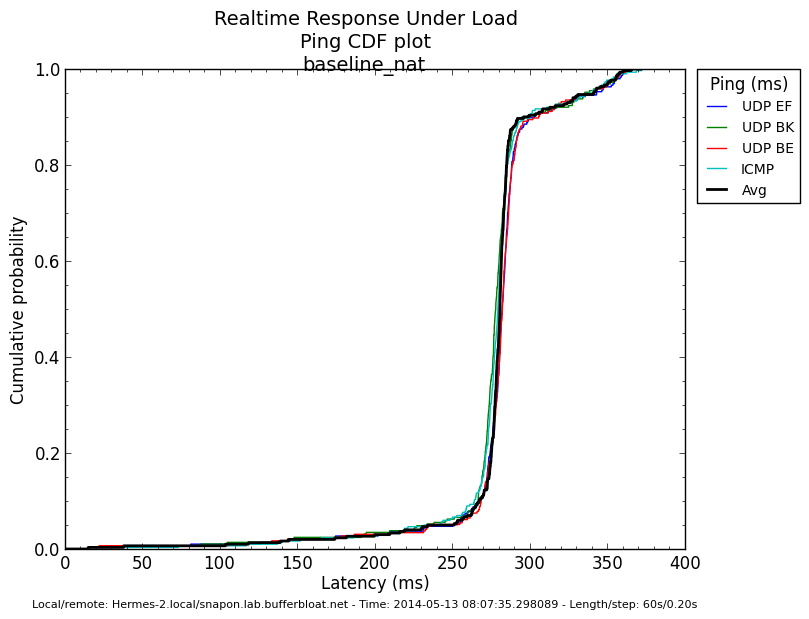 Lots of bandwidth, and when loaded, lots of latency.  Baseline latency to the test server is ~14ms.  Bufferbloat is adding over 250ms of latency.  This is why your connection is crap during big downloads. 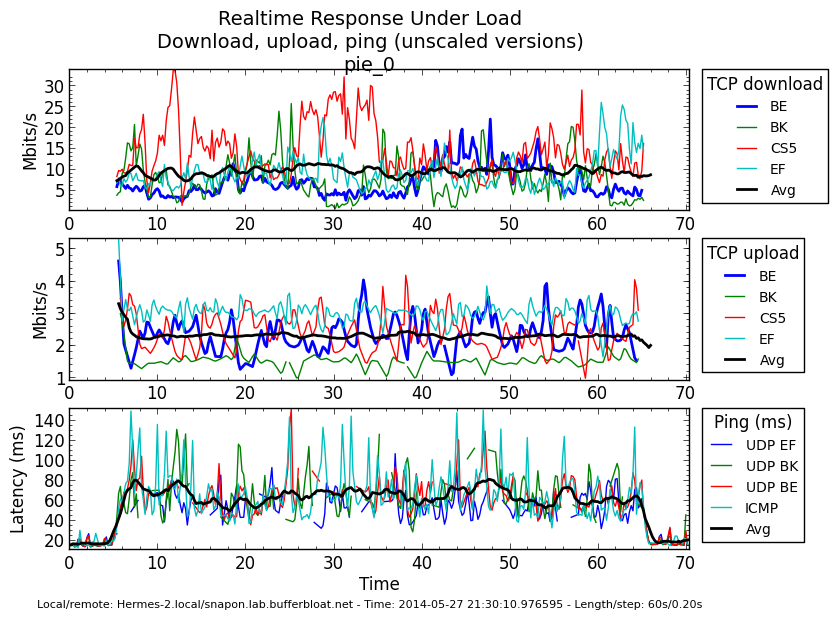 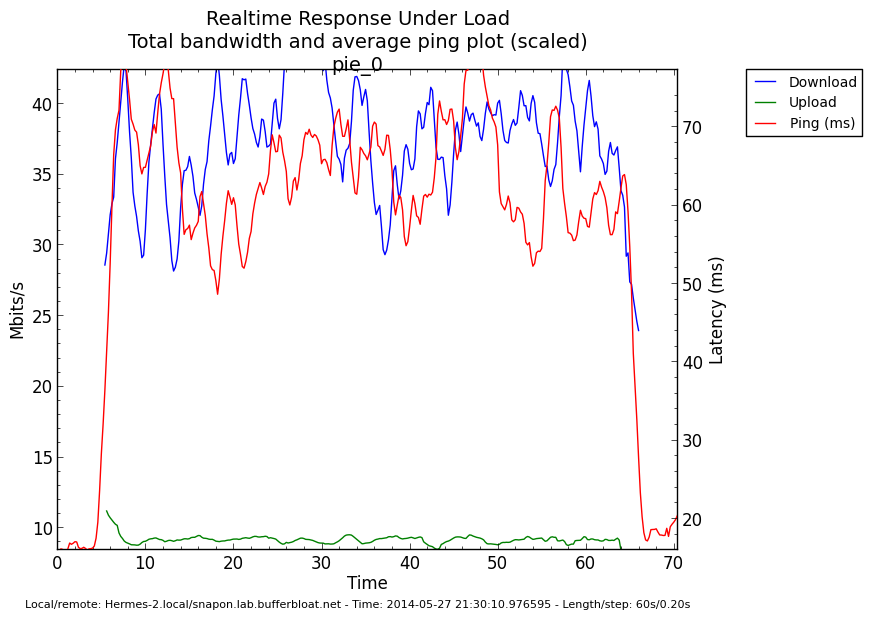 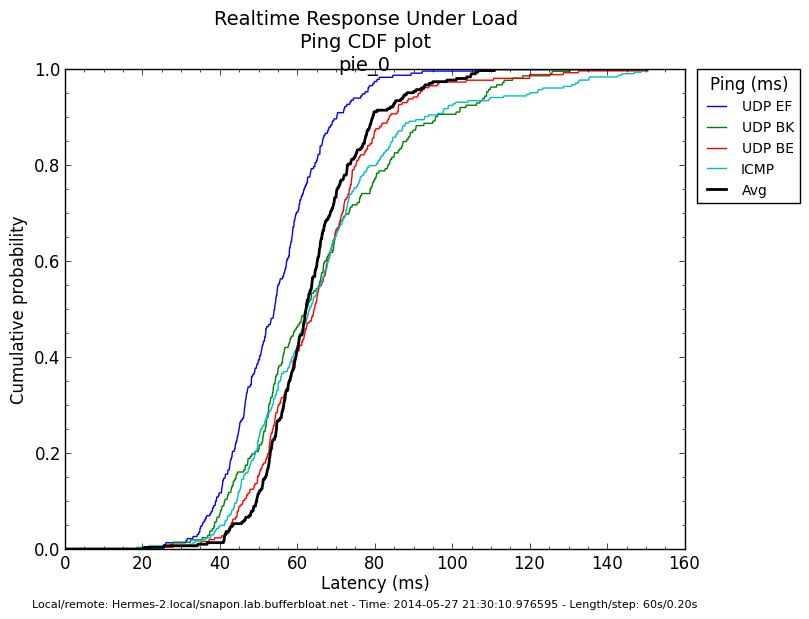 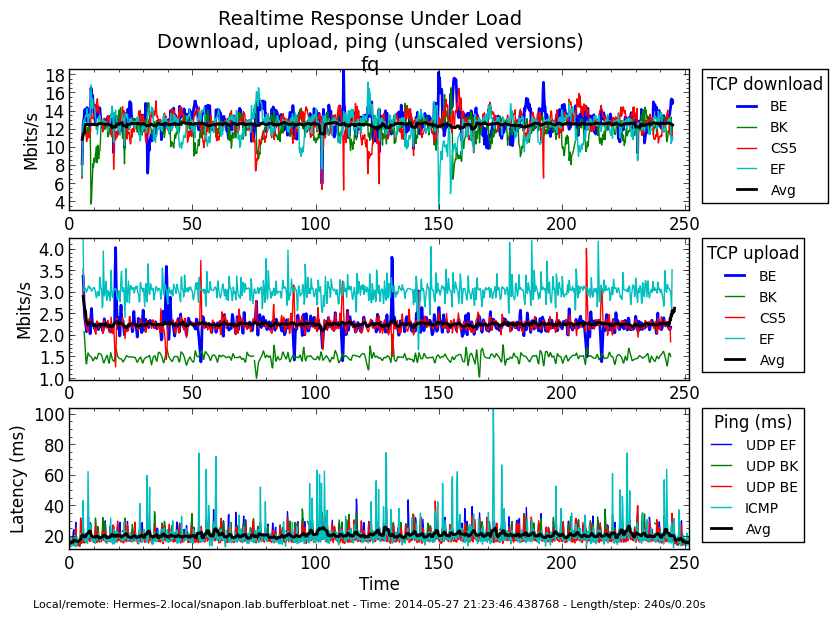 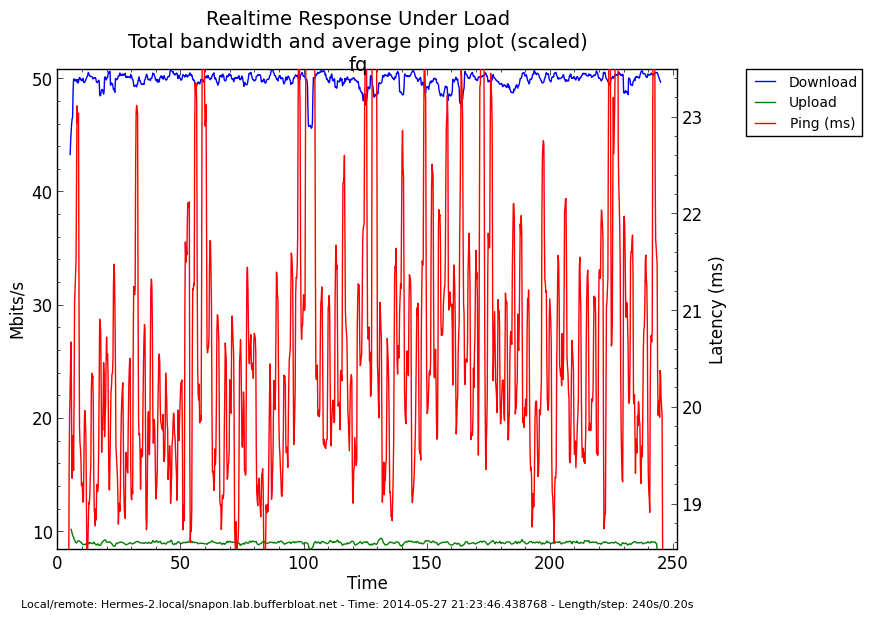 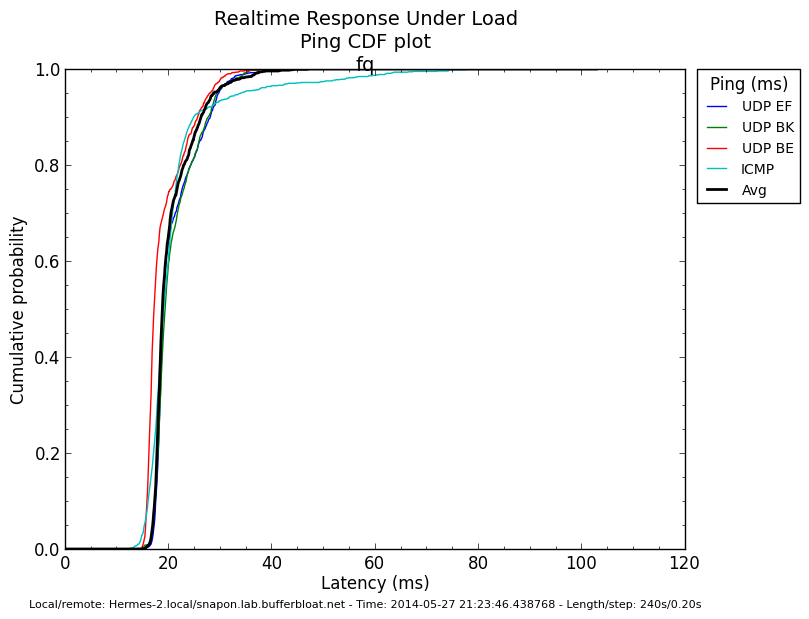 fq_codel simply erases all the latency on a connection like this.  And this was over a 4 minute sustained test.  Able to push over 50Mbps downstream, and over 10Mbps upstream as the numbers in the middle graph are achieved data rates, not including the TCP ACK packets or other overhead.