This is a series of tests exploring more of the options in CeroWRT, in particular, this was to see what was causing the dropped out UDP ping data.  Spoiler:  dropped packets.

I view this as a bug with netperf and it's UDP_RR test.  Later, I may look into a patch for that, or see if I can find a workaround for it in netperf-wrapper, but it certainly clouds the results. 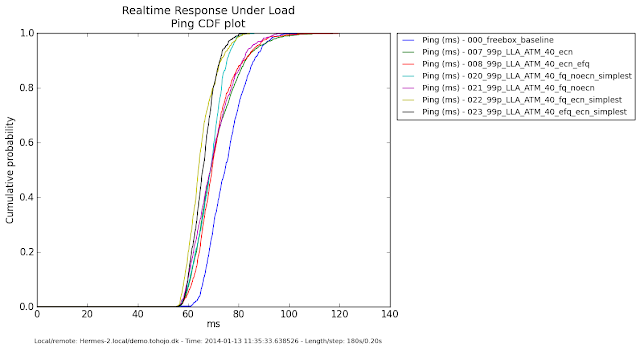 Simplest.qos certainly is behaving different from a ping CDF plot, and also is making more progress through the UDP pings before they drop out.

Switching to simplest.qos seems to have improved things.  UDP pings are lasting longer, and the latencies are better, especially at the "slow" end of things. 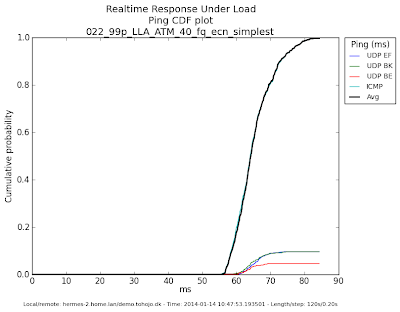 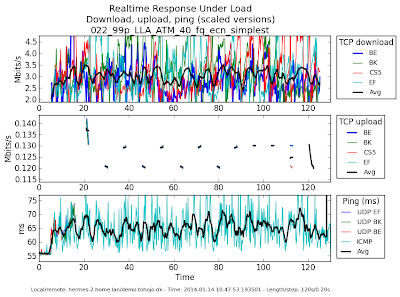 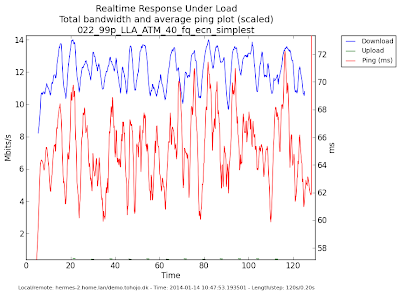 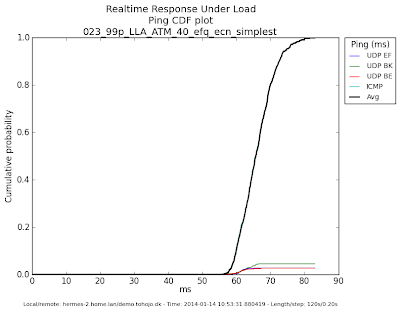 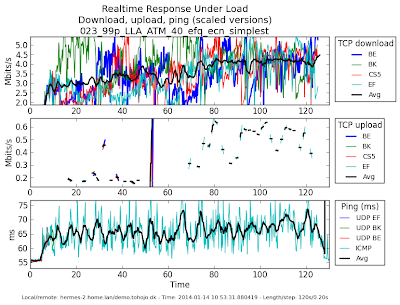 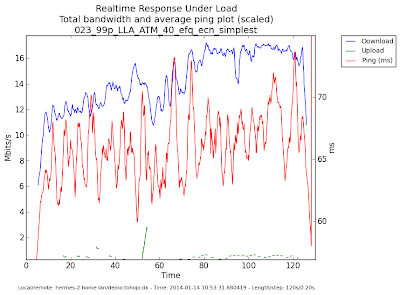 efq continues to act oddly, ramping up in bandwidth over time (as the UDP flows fall off?)

The other question was what ECN options I have enabled, and how that might be factoring into things.

First, the previous settings, but with ECN disabled in the router on upstream (but still enabled on the client and server hosts...): 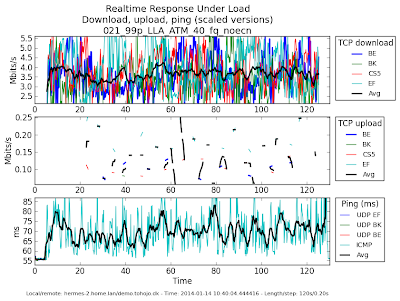 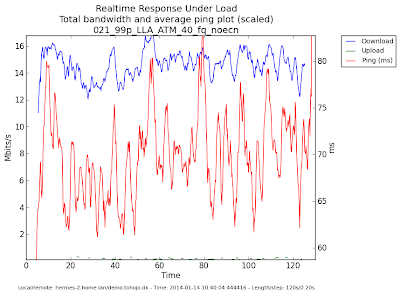 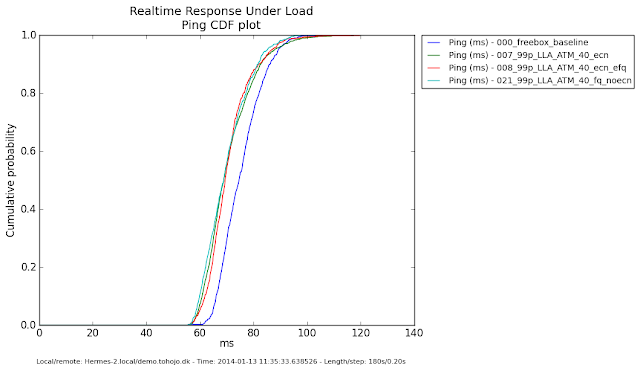 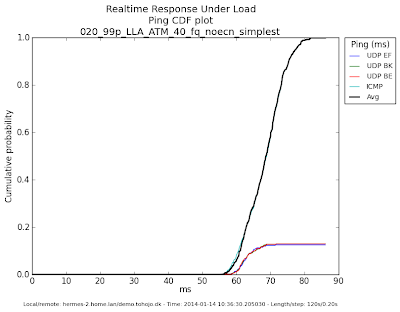 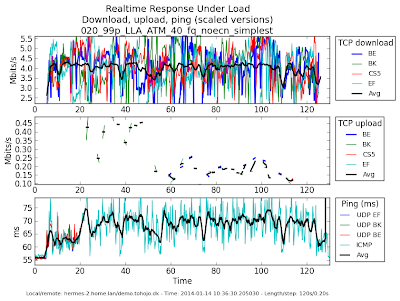 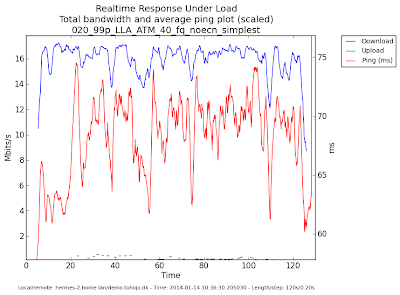 I'm not sure how much stock to put in the ending of the UDP pings in these tests, except that they make it hard to make comparisons against other results.  The fact that the netperf UDP_RR test ends on dropped packets is frustrating in this case, I think that changing that would perhaps improve things.
Posted by Aaron Wood at 5:07 AM