As I mentioned in my previous post, while the Crumpler bag is great for travel, it's not so great for day-to-day use, and in particular isn't great on a hike.  But then, neither are most hiking back-packs, being designed to be out of the way when you're hiking.

So when I saw the the Brevite kickstarter, I decided to take a chance and back it, and see if it would work out better for me.

Unfortunately, it's not well suited to me and my cameras.  But I think it would be fine for many other people.  An important clue in all of this was in the kickstarter campaign, and had I been paying closer attention, would have realized the issue I ran into in advance.

But first let's talk about the bag, and what it does well. 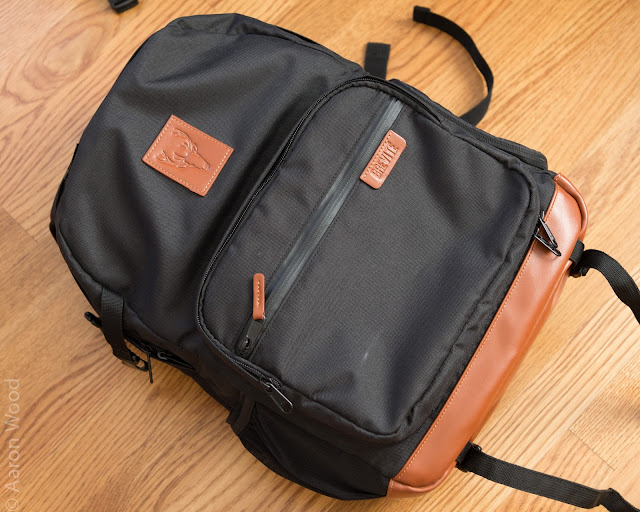 Styling-wise, it's clearly pulling from the JanSport classic student backpack, albeit a bit nicer looking with the leather accents.  Honestly, it's a bit too nice for hiking, it's the wrong sort of style.

Size-wise, it's very close to the Crumpler, which as I said in the last post, is pretty close to the typical student backpack size. 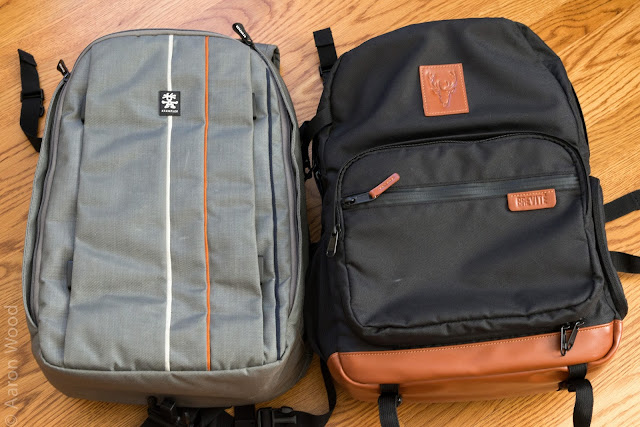 I'd not actually set them side-by-side before I took this pic, and was surprised at how close they are in external dimensions.  Because the Crumpler feels like larger bag, with all the space it has.  And the Brevite feels like a little bag, due to how little it has.  But it also feels "short" while wearing it.

Comparing published dimensions, it's 2" shallower than a JanSport, so maybe that's part of the issue.

Starting at the back, and going forward, there's the laptop and document pocket. 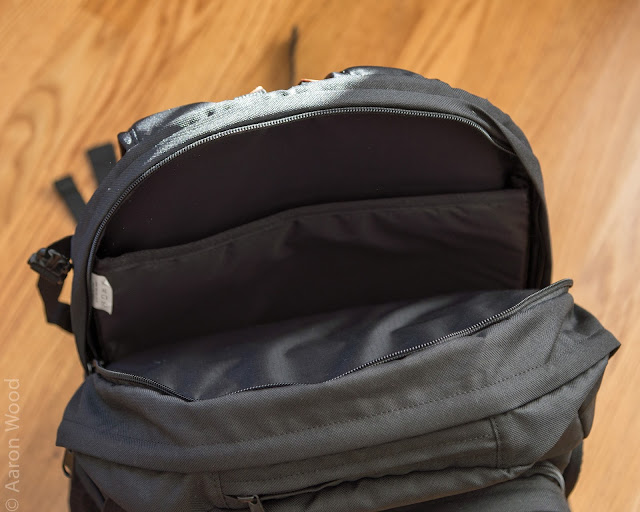 The two-layer pocket and smooth fabric works well for laptops and documents.  The next zipper is for the main, upper, pocket. 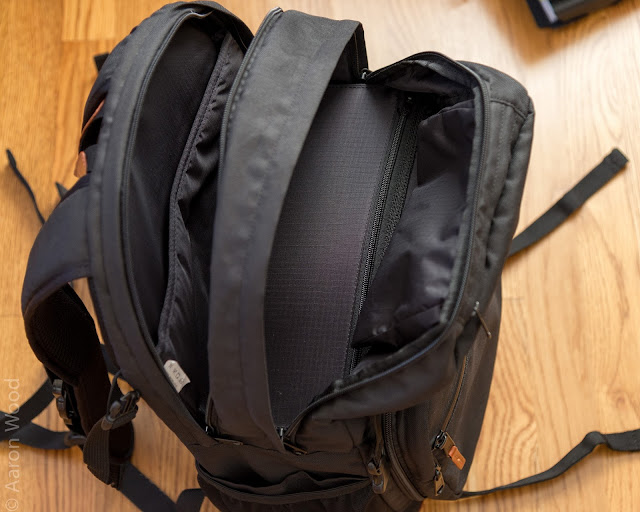 It's unfortunately too small for my needs.  It can fit a single rolled up sweater or fleece, a bottle of water, or other similarly items.  At least, that's all when the padded camera insert is inside it (which is visible at the bottom of the main pocket. 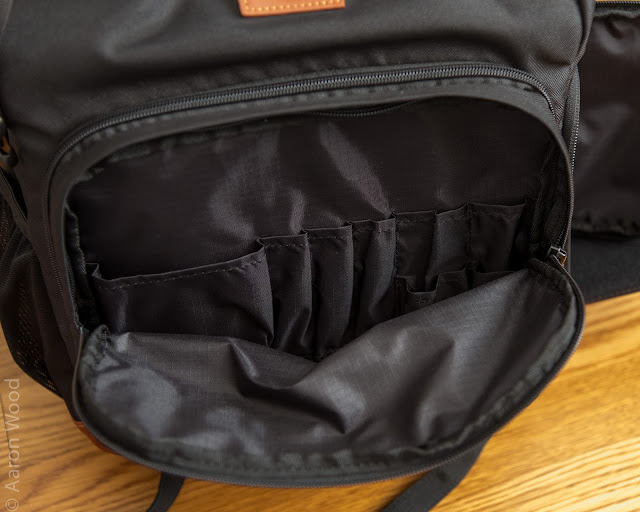 The front of the bag has two pockets.  The front-most is small and simple.  The second has a bunch of small loops that work for holding pens, smaller-diameter filters, memory cards, and the like.

Behind the front pockets is the removable, padded, camera insert.  It holds a body and multiple lenses with ease. 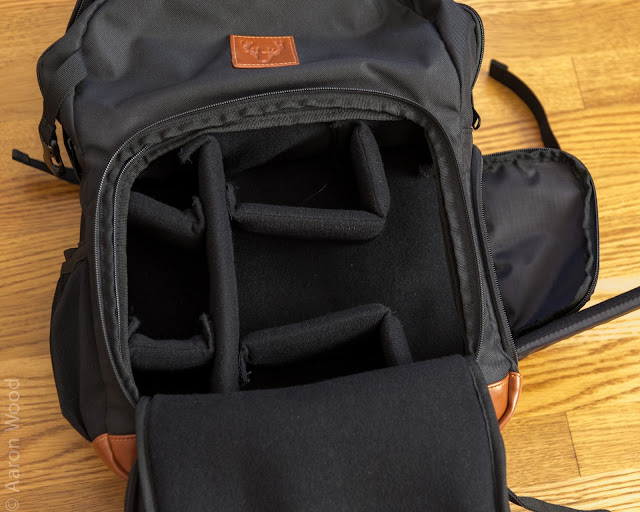 And it has a second way in (in the photo below).  This was the main selling feature of the bag.  A quick access into the camera pocket.  Two zippers (one on the bag, one on the camera insert), and it's open. 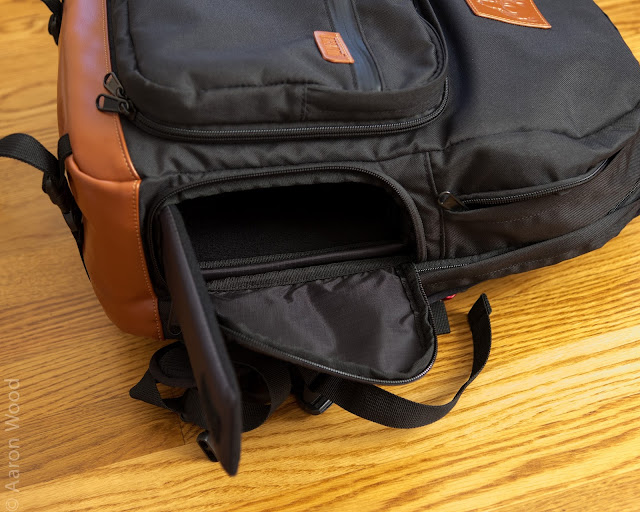 And it's too small for an FX-sized body, even one as small as a D600.  My old D50 just barely fits, with the viewfinder catching on the opening.

And this is what I missed in the campaign video.  They only show it being used with smaller form-factor cameras, like classic film bodies.  The campaign photographs show it with a larger DSLR and a big 70-200/2.8.  But it doesn't show how hard it is to get such large pieces in/out of the backpack.

That is where it just doesn't work for me, unfortunately.  It fails at being able to work with my standard kit, a D600 with either a prime or a versatile zoom like the 24-120/4.
Posted by Aaron Wood at 10:41 PM