sqm_scripts: before and after at 160Mbps+


Apparently I've been upgraded.  I did a baseline test today (with sqm off), and saw that the new download rate was up around 160-175Mbps from 120-130.  That's some very impressive over-provisioning from Comcast.

Unfortunately, it also includes some rather unfortunate bufferbloat.  That's a surprising change for the worse, as the service, when initially installed with the same modem, was actually quite good by "retail" standards.  But still awful vs. what it should be.

The ugly (but fast): 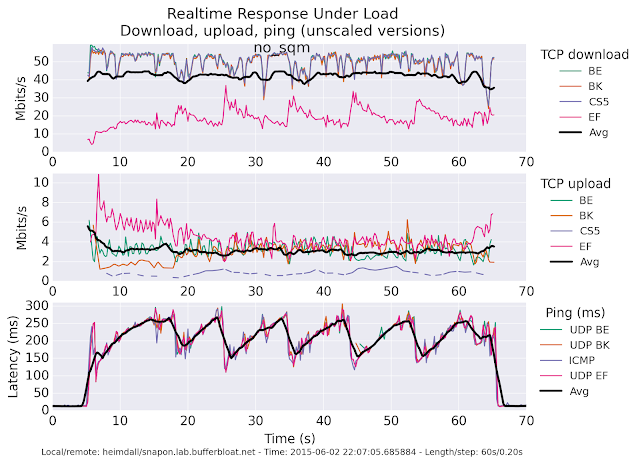 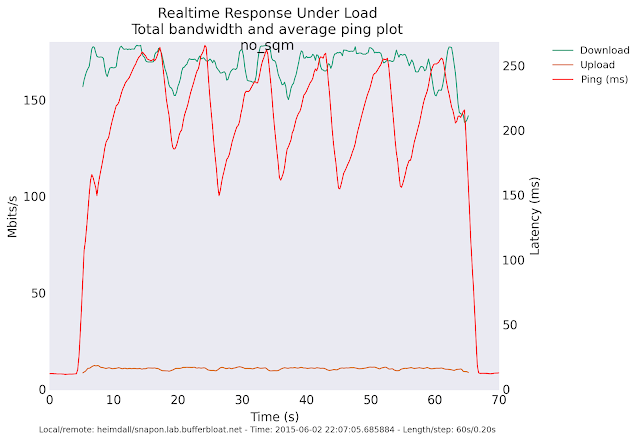 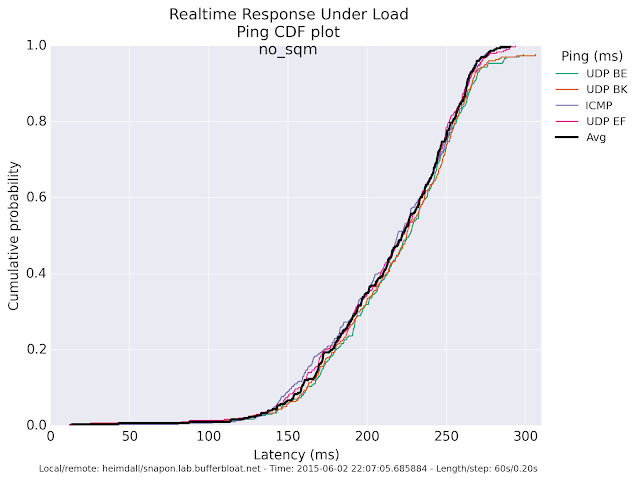 Classic bufferbloat.  At idle, the target endpoint is maybe 10-12ms away.  200+ms of latency is pretty awful, and drags the "effective" performance of the service from >150Mbps down to what "feels" like a couple Mbps.

After upping the limits in the sqm, and turning off the tcp stack offloads, I ended up with this: 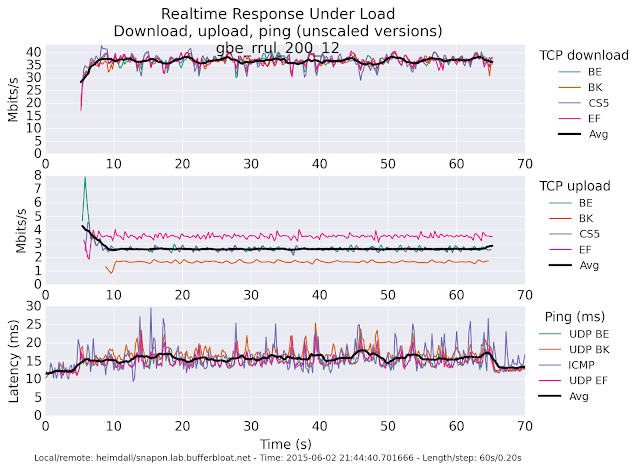 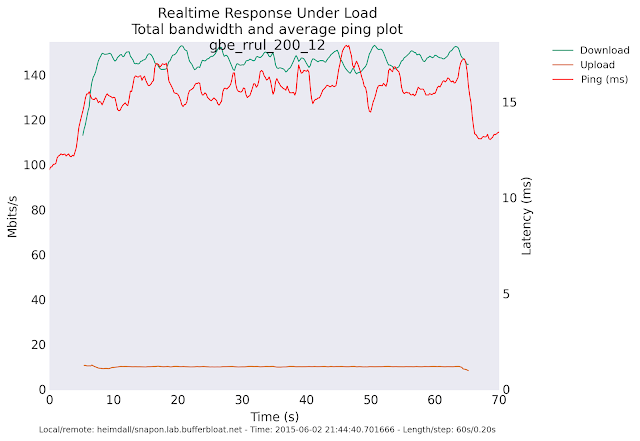 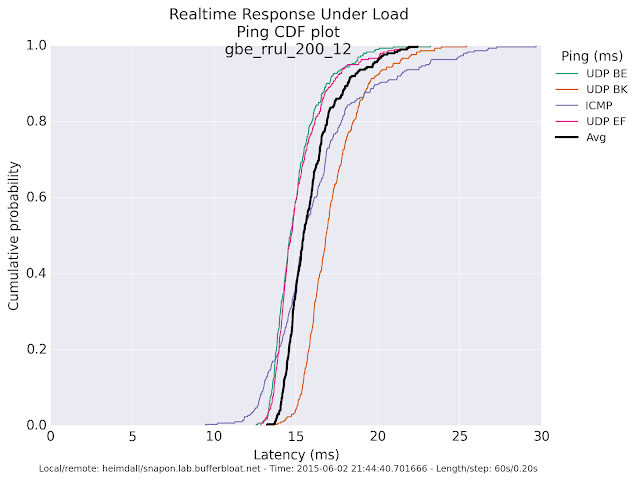 So, total bandwidth available has dropped to about 140-150Mbps (still more than the 120Mbps the service claims to be).  But latency is basically gone.  fq_codel holds the 5ms target rather nicely. 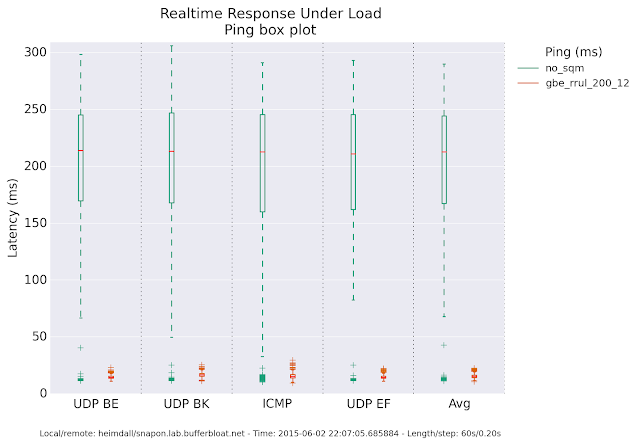 Settings:
200Mbps ingress limit (something is odd with the math on this, clearly)
12Mbps egress limit
ethtool -k eth1 tso off gso off gro off